The underused traditional crop Moringa has the potential to impact the widespread problem of malnutrition in sub-Saharan Africa. Traditionally consumed for its nutritional and therapeutic value, Moringa has significant potential for improvement through better use of genetic resources, understanding of its phenology and the factors affecting its nutritional content, and development of research capacity.

The species was originally introduced at the turn of 20th century in the lowland coastal and south eastern drylands regions of Kenya. It is now cultivated in various parts of the country, including the Lake Victoria basin.  Moringa stenopetala, commonly known as the cabbage tree, is native to Kenya and Ethiopia and is less domesticated compared to Moringa oleifera.  Both Moringa oleifera and M. stenopetala are important multi-purpose tree and shrub species, bearing nutrient-dense leaves, flowers, fruits and seeds used as vegetables, medicine, food and fodder. The seeds also produce valuable oil, while crushed seed or seedcake can be used for water clarification.

Our vision (On the Sunrise Project) is to help reduce malnutrition/nutrient deficiency by developing resilient Moringa with improved nutritional traits, and to facilitate wider adoption of improved plants through stakeholder involvement. To achieve this we have established progeny trials in three eco climatic zones in Kenya (Kitui, Kibwezi and Ramogi around the Lake Victoria basin). The trial contains 13 provenances of Moringa oleifera, of which eight are naturalised Kenyan populations (Gede, Kibwezi, Kilifi, Kitui, Mbololo, Msambweni, Mtongwe, and Ramogi), and five are international accessions, namely Pangasinan and Calooca from the Philippines, Segou and Niamakokro from Mali, and the Indian PKM1 variety. The trial also contains indigenous provenances of Moringa stenopetala, namely Baringo and Isiolo. These trials are part of an international initiative supported and coordinated by UKCEH’s Sustainable Use of Natural Resources to Improve Human Health and Support Economic Development (SUNRISE) project. Specifically, the progeny trials are under the sub-project 3.1 Securing resilience in forestry, agroforestry and small-hold agriculture), and implemented in collaboration with national partners and stakeholdersto undertake multi-site/multi-environment research targeting priority tree species for the East African region. The aim of the sub-project is to protect existing genetic diversity, build capacity in next-generation technologies for tree breeding, and establish forest-to-farm pathways for deployment of improved varieties in agro-ecosystems.

Periodic phenology assessments of the three trials have been conducted in the last two years to study the quantitative genetic information on the distribution of variation of the species (growth, phenology and drought resistance which are key to genetic improvement and conservation). Genetic aspect is also being studied in relation to the phenology data since genetic composition of plants is mostly influenced by seasonal and edaphic factors. This will help in the improvement of breeding programs for high yields for commercial purposes.

Despite the multiple uses and of benefits of Moringa, there is little information regarding indigenous knowledge on its cultivation, utilization and value addition. Therefore, we have conducted a series of stakeholders’ workshops to establish the status of knowledge regarding Moringa management, utilization and value addition, for example in food fortification and agri-feeds products.

Ms Rose Atieno Okoth, affectionately known as Mama Moringa (see Fig 1), is one of the most prominent growers and users of Moringa in the community.  Ms. Okoth, a widow, talks passionately on how it has improved her livelihood over the years: “I planted Moringa 20 years ago. I have 52 mature trees. Moringa has helped me in many ways. Its vegetable is delicious when stewed nicely”. Other uses she mentioned include:

Josephine Musyoki, Senior Scientist with KEFRI brought her longstanding experience in dissemination, awareness creation and utilisation of Moringa in the arid and semi-arid lands (ASAL) regions of Kenya, specifically in the contemporary administrative Counties of Kitui, Makueni, and Machakos. She gave a comprehensive presentation covering a wide range of topics, including moringa propagation and management in the nursery, establishment and management for use as a source of vegetable, cooking Moringa vegetables using the leaves, flowers and pods, and use of moringa seeds for water purification and oil production.

Some of the highlights include:

Alice Nakhumicha is a Lecturer and Researcher in the Department of Plants, Animals and Food Sciences, School of Agricultural & Food Sciences – ‎Jaramogi Oginga Odinga University of Science and Technology (JOOUST). Ms. Nakhumicha is a plant physiologist involved in research and capacity building on environmental and management factors that influence crop productivity of vegetable and horticultural crops, including Moringa. She is actively involved in dissemination of generation of technologies, especially for smallholder farmers. In this workshop, Ms. Nakhumicha informed the participants that she has her own quarter-acre Moringa farm and is a partaker of its products as an adaptogen- that it has been very valuable to her wellbeing. She demonstrated the use of Moringa seeds, and highlighted research opportunities for value addition, for example, in food fortification and agri-feeds products. She is leading research to develop moringa-based feeds to increase the productivity of insects as at the University’s Africa Centre of Excellence in Sustainable Use of Insects as Food and Feeds.

In conclusion, Moringa is an important Agroforestry tree with multiple uses for both domestic and commercial purposes, viz; as vegetables, medicines, oil, and water purification among others, and hence can mitigate the problems of food insecurity and also resilience to climate change especially in the dryland ecosystems. Currently, a Moringa phenology and genetic diversity study in three ecological zones (Kibwezi, Kitui and Ramogi) in Kenya is being conducted to study the variations in different eco-regions. This will help to recognize gene pools and identify gaps in germplasm collections for both conservation and commercialization purposes.

Asenath Adienge is a Research Scientist at the Kenya Forestry Research Institute (KEFRI) specializing in forest genetics and molecular ecology. Asenath is interested in reaching out to established and new phenologists; students and early career on the continent, and encouraging national institutions (forest/wildlife service agencies, research and academic institutions) to take up and sustain phenology projects started by individuals or the APN. Her collaborators on the Sunrise Project, funded by the Centre of Ecology and Hydrology are Stephen Cavers and David Odee.

Other key players in the project are John Ochieng, Emmanuel Makatiani and Charles Oduor.

Today, a brand-new collection of papers has been released by Biotropica as a Special Section – “Rethinking tropical phenology: insights from long‐term […]

On May 9th 2018, Biotropica will publish a Special Section on tropical phenology, edited by Katharine Abernethy, Irene Mendoza and Bryan Finegan. […] 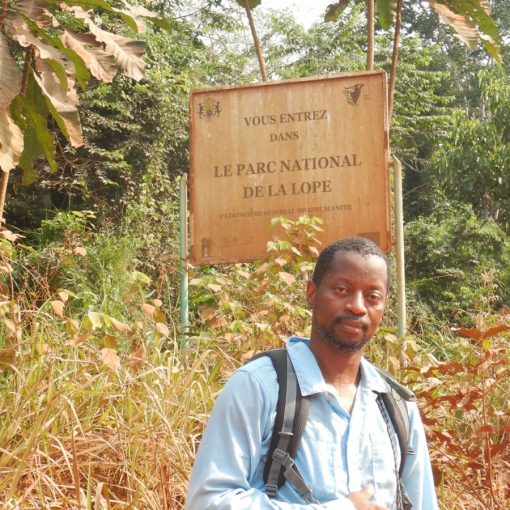 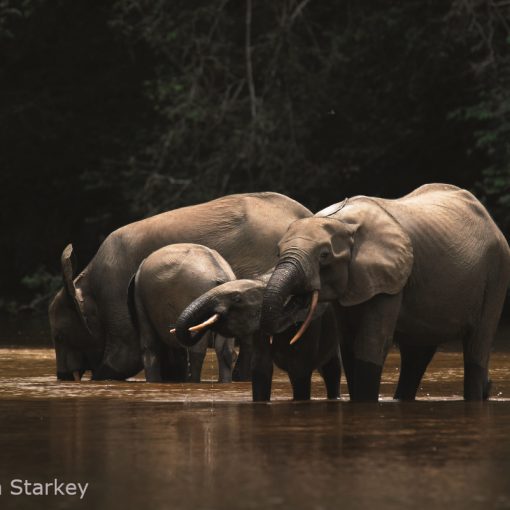 The behaviour and life cycles of the largest animals on the planet are incredibly important for the healthy functioning of our planet’s life support systems. Unfortunately, many big species now face extinction due to their value in the illegal wildlife trade, vulnerability to habitat degradation and because they often come into conflict with humans.